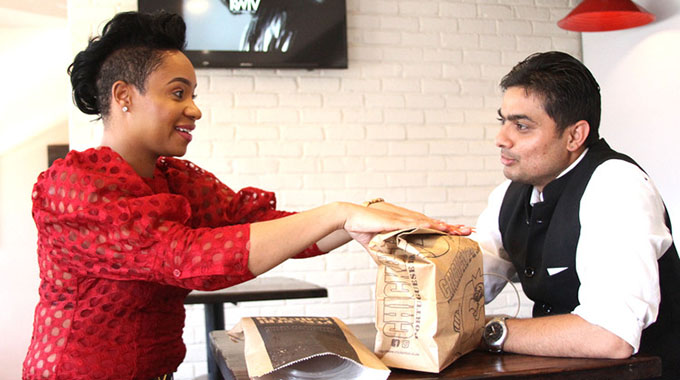 Robert Mukondiwa
Slay goddess Pokello Nare would really not ordinarily come across as the everyday person who would rent out portions of her heart for others.

After all she has a whole lot of swaglicious self to love and pamper, in between her modelling, business, Instagram slay and everything glamorous in between. Never mind the glamorous parties that she always headlines with her trademark self.

Yet when she raised eyebrows last weekend in a Chicken Hut jaunt, many speculated that the queen of slay was not here simply for the juicy thighs in the Portuguese eatery. After all she has juicy thighs of her own . . . back in her kitchen which she could whip up for herself! And as fate would have it, the usually reclusive socialite agreed to open up on the reason behind her much-hyped visit to Avondale.

“The truth is I have decided to team up with Chicken Hut in what they we are calling the ‘Good Heart’ initiative which I feel is something that is very noble and needed in our society at the moment,” she said.

While many struggled to talk to Pokello, who is now media-wary, the Queen of Swag agreed to an exclusive interview with Saturday Herald Lifestyle and lay bare her latest initiative which is a whole different ball game.

“I was motivated to join the ‘Good Heart’ initiative after the momentum of a fan I went on a date with and how much it trended on social media just to see how many people felt so impressed and happy. I said I want to be part of what Chicken Hut is launching and be part of it because the more people you put smiles on their faces, the happier you can be.

“As part of the ‘Good Heart’ initiative we are going to be doing a lot of programmes, starting with disadvantaged girls, sex workers doing things like HIV testing, just a lot of day to day issues that affect young women and people from disadvantaged backgrounds.

‘‘I am impressed with where Chicken Hut are trying to take the vision of their social corporate responsibility in terms of their branding. I am happy to partner with Chicken Hut and I am now part of the initiative,” said the socialite.

And while she was talking it was easily evident why she leaves a lot of people star-struck. Like a portrait painted by Picasso, which she stole and used as a face, the radiant Pokello is the stuff that dreams are made of.

Ok, imagine a juicy chicken, dripping of the most succulent sauces. It is enough to leave your fingers dripping and your lips smeared in sauce. And yet she finished the whole thigh glamorously, eating like some super creature without once leaving her signature fascia pink lipstick disturbed in any way as she chewed like a heavenly apparition.

And it is this brand that she hopes will push a people-centred, feel good project that will bring elation to a nation in need of such.

With initiatives ranging from cancer, uplifting the esteem of the underprivileged in society, working with underprivileged girls and women from poor backgrounds to a wide array of causes that abound in the nation, Pokello hopes her appeal and eyeballs that follow her every move will now follow her as she makes a change in the nation for a good cause complete with her signature heels and all. Call it her attempt to “heel” the world.

“I was won over that an organisation would get out of its way to want to help the underprivileged people in Zimbabwe. Many other businesses are solely concentrating on making money and their core business. They spoke to a shared ideal between us and we immediately could see that we were perfect partners going forward,” she said.

This also cuts away from the everyday perception of Pokello as a mere socialite. She’s not just a pretty face it would seem. She is also a pretty heart.

“I am impressed. I also learnt that she is a mother and a philanthropist over and above what we knew of her. When I heard she was here in Avondale, I rushed to see a socialite and get pictures. As I go, I leave with respect for a woman who has so much virtue than we ever knew and I will definitely follow the initiative as it unfolds,” said a star-struck fan at the unveiling of the “Good Heart” initiative. 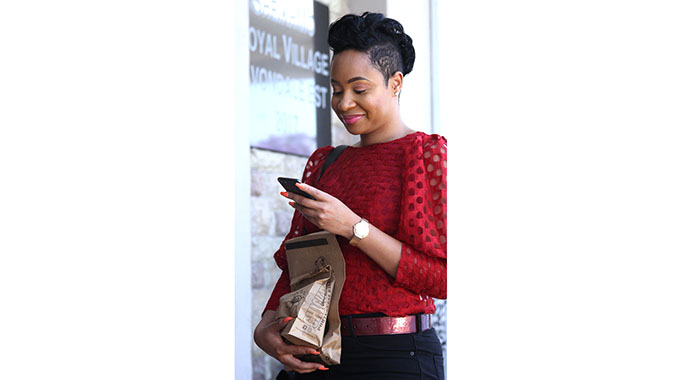 “In a world where there is so much negativity we wanted to look for positivity. We wanted to bring smiles to Zimbabwe. Pokello is a brand in Zimbabwe, and when we dined with her, that is when she got to know of our initiative and we felt we had the same goals of healing our world and making people smile so we decided to partner in this. Zimbabwe will certainly be a happy place thanks to our efforts,” said Navhraj S Chauhan, the company’s Chief Operating Officer.

October opens up the floodgates of love amongst many corporates, with Zimbabwe’s leading and largest media organisation, Zimpapers, also embarking on the now hugely popular Cancer Walk in support of breast cancer initiatives as well as other cancers in general.

And as for Pokello, over and above all the saucy and questionable headlines about her, it seems her latest opening up shows a part of the brand few, if any,   had ever known about.